Home Innovation Top 15 Most Popular Mobile App Development Frameworks In 2020
Here are few questions that we need to answer our-self before we proceed for top mobile app development frameworks
Q: Do you have a smartphone?
A: Yes.
Q: Do you use any mobile app in your daily life?
A: Yes.
Q: Any time you got the curiosity to know how to make an app from scratch?
A: No/Yes
Q: If yes, do you think it is easy to develop?
A: No/Many answers will be yes, but it’s not that easy to build mobile applications. 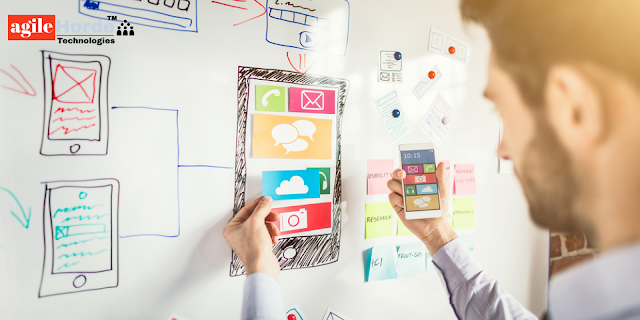 Mobile apps UI is so simple, which makes users think that they are easy to build, but there will be a lot of developers who work harder to provide a user-friendly and beautiful UI.
For developing a single mobile application, various elements like the back end, front end, integration, and testing need to work together for months.
Mobile app developers use different types of mobile development tools and mobile development frameworks.
Q: Any time you thought of developing a mobile app?
A: If your answer is yes, then this article will be helpful for you in choosing the best mobile app framework.
Innovation is the fundamental nature of technology, by which the biggest revolutions were taking place in the tech industry.
Currently, the revolution is taking place in the mobile app industry. In recent times the mobile app industry developed very drastically.
The increased number of smartphones in the world over a decade is the cause of the rapid development of the mobile app industry.
As the number of people shifting to smartphones, the majority of businesses also started moving to the mobile apps form desktops. 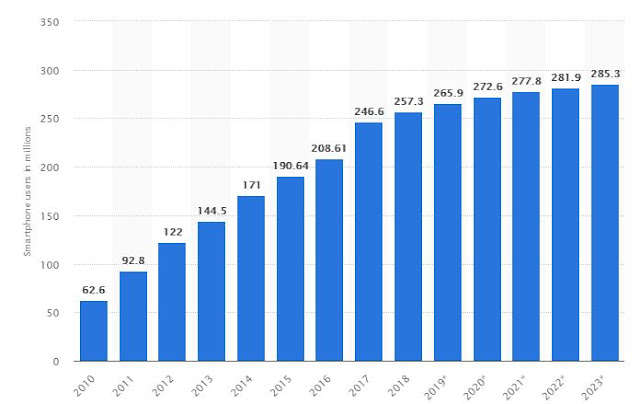 Native apps:
If any mobile app developer wants to develop a mobile app depending on the platform either on Android or IOS, then it is called a native app.
A native app will design exclusively for one platform. The developers use compatible programming languages to develop a particular mobile app.
IOS:  Objective-C and Swift
Android: C, C++, Java, and Kotlin.
Web apps:
It is a web application, which is designed to deliver web pages on different web browsers and platforms. You can see this mobile on any mobile device like Android, IOS, and Windows. It also works on pcs and tablets.
The programming language used:
HTML
JavaScript
CSS
JQuery
Hybrid apps:
Hybrid apps are a mixture of both native & web apps. In the current situation, many developers preferring to develop hybrid mobile apps.
The hybrid applications have cross-platform compatibility. The same code can use on different platforms & devices to get faster results.
Programming languages used:
HTML
CSS
JavaScript
Cordova
Cross-platform mobile development frameworks.
“ Best Hybrid app frameworks.”
Uses of mobile app framework:
Now, let us discuss the top 10 mobile app development frameworks in 2019, can be used depending on the business. 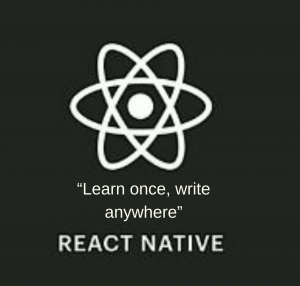 React Native is the best framework for mobile app development, which is used by top most companies around the world as well as startups.
React Native is an open source platform which was developed by social networking company Facebook in 2015, to build native mobile apps for different platforms like Android & IOS. ( Develop app like Facebook )
In recent years, most of the mobile app development companies first priority is react native app framework. The react native uses React and JavaScript languages to develop mobile applications.
Many companies like Facebook, Facebook ads manager, Instagram, F8, Bloomberg, Pinterest, Skype, Tesla, and many more companies from startups to fortune 500 companies.
Choose the right platform before you start building your app.
Price: Free (Open source)
Benefits:
2. Ionic framework:
The ionic framework will stand second in the list of top mobile app development frameworks based on user usage, features, and advantages.
Ionic framework is an open source on the SDK platform developed by Max Lynch, Ben Sperry, and Adam Bradley in 2013. It will provide very influential tools and services to develop a mobile app on the best mobile app development platform.
Ionic framework is most used by the USA developers when compared to all over the world. 4 million mobile apps used this open source platform to create hybrid apps.
This hybrid app framework will use web technologies like CSS, HTML5, JavaScript, and SaaS.
Some of the top mobile apps built on this hybrid app framework are McDonald’s Turkiye, Diesel, JustMatch, MarketWatch, Sworkit, and Untapped.
Price: Free
Benefits:
3. Xamarin:

Xamarin is one of the best mobile app frameworks, which is developed and supported by Microsoft.
It used to develop cross-platform mobile applications with the help of C#. It uses the single programming language which can work on different platforms like Android, IOS, and Windows.
One of the best features of this best mobile development framework is we can share the same code on different platforms without changing the single code and language.
With the use of Xamarin, many top companies build their mobile applications like Olo, the World Bank, Just Giving, and FreshDirect.
Price: Free/Premium
Benefits:
4. Adobe PhoneGap:
Adobe PhoneGap is one of the best mobile frameworks to build ideal mobile cross-platform applications by using JavaScript, HTML5, and CSS programming languages in the USA.
Adobe PhoneGap is an open source, can be used freely. The framework has millions of downloads, and they used these sources to develop unique mobile applications for various platforms. The apps developed by using the Adobe PhoneGap are in different play stores and directories.

With the help of this framework, we can develop mobile applicationson different platforms like Windows, Android, IOS, Blackberry, and Ubuntu.
This framework will not depend on hardware configurations while developing. Many apps like The DHS Program, TripCase, and Healthtapare developed using the Adobe PhoneGap mobile app development framework.
Price: Free
Benefits:
5. Mobile Angular UI:
Mobile Angular UI is the free and open source mobile app development framework, which is widely used by the developers in the USA and the world.
If you are a mobile developer and planning to develop a mobile app with less effort using Bootstrap and Angular, then you can directly choose the Mobile Angular UI. If we combine both Bootstrap and Angular, we can design a great hybrid mobile app framework. 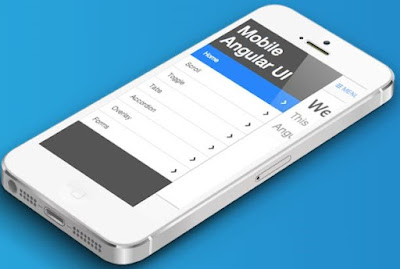 This framework will use HTML5 programming language, apart from this the developers can also use the libraries fastclick.js and overthrow.js. It is same as Sencha Touch or jQuery mobile framework.
Price: Free
Benefits:
6. JQuery Mobile:
Tagline: “Write less; do more.”
If you are a developer and planning to develop mobile in very less time, you can choose JQuery Mobile.
JQuery Mobile is the hybrid mobile app development framework, which is used by 73% of popular websites. It is the best cross-platform mobile app framework that uses only one code that will run across various platforms/devices.
It uses the HTML5 based framework, which will design various active mobile apps and websites, which will work on all devices which are there in the market like smartphones, PCs, Desktops, and tablets.
JQuery mobile framework can be downloadable in two different variants:
Price: Free
Benefits:
7. Corona SDK:

Corona SDK is the free and open-source cross-platform framework mainly for designing the mobile apps related to games.
Any developer who wishes to develop a mobile app ten times faster they can opt for the Corona SDK, which is the ultimate option for the developers. It uses the Lua scripting language for programming.
With this framework, we can get unused apps even though we are developing mobile apps in less time when compared with the other frameworks.
With the help of this framework, many developers developed many gaming apps like The Lost City, Egg Baby, Zip Zap, Draw Rider Plus, and Fun Run 2.
Price: Free
Benefits:
8. Flutter:

Want to get the quote for mobile app development?

Just click here.
10. Intel XDK:
Intel XDK is an Integrated Development Environment (IDE) that is used to develop native apps mobiles and tablets.
The framework uses various technologies HTML5, JavaScript, CSS, Java, C++, C#, Objective-C. It will develop creative mobile apps with the help of various plug-in for all the devices. It also supports various other technologies like IoT and Node.js.
The beautiful thing about this framework is you can preview live changes made for the mobile app.
Benefits:
11. Framework 7
Framework 7 enables the team of app developers to create Android and iOS apps, web apps, and progressive web applications (PWA) with native look and feel. Framework 7, coupled with additional best cross platform mobile development tools like NW.js and Electron, enabling to build native desktop applications.
Benefits:
12. Swiftic
Swiftic framework is mainly available for the iOS, making mobile app development frameworks much easier. In addition to an easy-to-navigate interface, it’s a convenient choice with amazing features like scratch cards, in-app coupons, push notifications, social media feeds, and so on.
Over 1 Lakh applications created with this framework so far and has been running on the worldwide market successfully. Whether you have an e-commerce retail or restaurant business, Swiftic enables developers to create custom applications based on business needs.
13. Onsen UI
Onsen UI is a one of the best open source mobile application development frameworks that is used widely in UI app designing. OnsenUI is a very powerful tool for creating simple and complex mobile application. It has various fantastic features like CSS support, HTML5, and Javascript.
It helps predefined UI components like forms and lists and UI elements like side menu, tabs, and stack navigation. These User Interface elements are greatly supported on both iOS and android platforms and they will optimize to each platform automatically.
It also gives you an advantage to the graphics of the application, which is not the case with Cordova and PhoneGap based applications. Some of the applications that built with Onsen UI are Offcource Glof, Ski Patrol, Opal, PopVox, Ohalog, etc.
Benefits
14. Appcelerator Titanium
Appcelerator Titanium is a cross platform application development solution. It has a standalone API, making it reliable and smooth to access the hardware of mobile devices. It utilizes native UI components that provide outstanding performance.
This framework is depends on open-source titanium, a Javascript based SDK with more than 5000 APIs for Windows, HTML5, iOS, and Android that enables to reuse 90% of the Javascript code if your are planning to develop apps on multiple platforms.
Benefits
15. Sencha Touch
Sencha Touch is a high-performance HTML5 mobile app framework used to create apps that allow world-class individual experiences, dynamic interfaces and intuitive touch. This is the foremost choice for app developers when it comes time to develop business apps.
It has several widgets that are popular for Window, Android and iOS platforms. This framework uses hardware acceleration to enhance the performance of existing applications. In addition, it offers high-level security while building robust apps.
Benefits:

Frameworks are the most important driving tools for developing any web or mobile application. It should be remembered that each project or application have diverse requirements and so framework selection should be made carefully and after determining other important factors.
2020 will definitely sees the emergence of many well-known frameworks, but above 15 are the top of the priority list of mobile app developers.
If you have an idea to develop a mobile application and unable to choose the right framework, please contact us. We are here to help you out.
Previous Post 7 new year resolutions that a developer can take in 2020
Next Post Keeping our employees and partners safe during #coronavirus

This website uses cookies to improve your experience. We'll assume you're ok with this, but you can opt-out if you wish. Read More Accept Reject
Privacy & Cookies Policy
Necessary Always Enabled
Start with our 1 Day Free Trial work . We offer Expertise Enterprise Solutions! Get Started
+